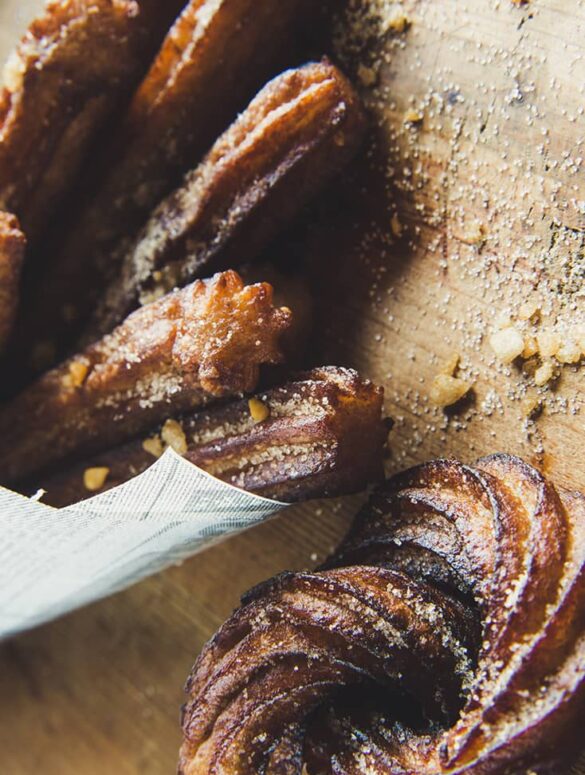 13 Popular Mexican Desserts That Are Easy To Make

Burrito, Chilaquiles, Tacos, and Mole are definitely the most famous dishes when talking about Mexican cuisine. We can’t agree more on how wonderful they taste! Besides savory dishes, Mexico is also home to a lot of sweeter choices – desserts!

From fried ice cream and caramel flan to traditional churros and sopapillas, these tasty treats below will satisfy every taste bud and curious mind with some fun facts. Wait no more, let’s find out what are your next Mexican desserts to make!

Churros is a deep-fried dough coated in cinnamon sugar and dipped in chocolate or caramel. Sweet, crunchy on the outside, and fluffy and moist on the inside, you can’t deny some churros for a sweet-craving day!

Fun fact: Though being a popular treat in Mexico, churros are commonly believed to be invented by Spanish shepherds.

Churros back then were fried in long strips of dough and stored for people who spent long periods of time in the mountains with no access to freshly baked bread. These days, churros are still considered a traditional food in Spain.

Mangonada is a Mexican dessert drink made with mango sorbet and fruit, tangy chamoy sauce, tajin, lime juice, and tamarind candy straws. There are delicious layers of chamoy sauce, and mango sorbet then finally topped off with chunks of frozen mango. Sweet, salty, spicy, and tart!

Fun fact: The classic Mangonada Sorbet can’t be done without the liquid chamoy. It is an essential part that makes this drink stand out from all of the other frozen blended drinks on the market today.

Chamoy is a saucy condiment made of dried chilies, lime juice, and fruit—usually mango, apricot, or plum. It can come in powdered and paste form, and sometimes it’s made into sweet, salty, spicy, and tart candy as well! You can use it for topping fruit, drizzled on nachos, mixed into cocktails, and served as a dipping sauce for meat. How great!

Dulce le Leche is the sweetest, most luscious Mexican dessert ever! Made from condensed milk, it’s a lot like caramel but tastes so much better and has a wonderful depth of flavor. You can use dulce de leche as a bread spread, cake filling or icing, churros dip, or ice cream topping too!

Fun fact: Sometimes dulce de leche goes by other names, depending on where in the world it is being enjoyed. For example, people in Latin America will call it Manjar, French people will call it Confiture de lait, Doce de Leite in Brazil, and Cajeta if it’s made with goat’s milk.

Mexican Hot Chocolate ain’t gonna taste like any chocolate you’ve tried before. Made with milk, unsweetened cocoa powder, vanilla extract, cinnamon, chili powder, and a little bittersweet chocolate, Mexican Hot Chocolate is creamier, smoother, and much more satisfying with a hint of spiciness!

Fun fact: Mexican Hot Chocolate is a drink for special occasions such as Christmas and the Day of the Dead. But you can totally have them as a comforting drink for breakfast or a late supper any day of the week.

Don’t forget to dunk some delicious sweet bread or basic white bread into the chocolate, you will fall in love!

RumChata Cheesecake is made with cream cheese, sugar, heavy whipping cream, vanilla extract, cinnamon, and especially RumChata liqueur. This creamy, dreamy treat has some Cinnamon Toast Crunch cereal crust and a gooey cinnamon drizzle on top, which is sure to be a crowd-pleaser.

Fun fact: RumChata – the most important to make this delicious treat – is the world’s first Rum-based cream liqueur. There were other cream liqueurs before RumChata (Irish cream) but RumChata lays claim as the first to use a rum base.

FYI, RumChata is a blend of five-times-distilled Caribbean rum, dairy cream, cinnamon, and vanilla, which creates a fusion of sweet spicy taste and smooth after-taste.

Tres Leches, which literally means “three kinds of milk”, is an incredibly moist and decadent cake! Being made with heavy cream evaporated milk and sweetened condensed milk, Tres Leches has just the right sweetness and density for a rich cake, making it moist but not mushy.

Fun fact: Tres Leches Cake is a celebration cake! It is served at birthdays,  graduations, and weddings, or even at engagement parties and formal afternoon teas.

Sopapillas is a fluffy, puffy fried dough that is served warm, straight out of the fryer with a side of honey. Who doesn’t love some pillowy, crunchy, and soft doughs at the same time?

Fun fact: Though being most popular known as desserts, Sopapillas can also be served as an entree stuffed with taco meat, cheese, and peppers. But most of them are served in New Mexican-style and Tex-Mex restaurants, traditional Mexican cuisine doesn’t usually include savory versions of sopapillas.

Enjoy your favorite cocktail in pie form, why not? The Margarita Pie is cool and creamy with a salty-sweet pretzel crust and a frosty filling flavored with fresh lime juice, and tequila. Satisfying taste and wonderful texture, what’s not to love?

Fun fact: Do you know that we celebrate National Margarita Day every February 22nd? On this day, try drinks that are made from Margarita, and don’t forget to have some Margarita Pie as well!

The ice cream itself is already delicious, but when you fry it? Hallelujah! All the crunch and flavors are going to amaze you! Drizzled with chocolate syrup or caramel, this sinful and decadent Mexican dessert is definitely not for calorie counters!

Fun fact: The thing is, fried ice cream is not a traditional Mexican dish at all. Some believe that it first created a splash in Philadelphia in the late 1800s, some say it was 1893 when people discover the dish at the Chicago World’s Fair. Many are convinced that Japanese restaurants created it with tempura in the 20th century. While there are plenty of theories, none point towards Mexican cuisine.

Caramel Flan is all about creamy and melt-in-you-mouth custard! Made with some sugar, eggs, evaporated milk, and vanilla extract, then sweetened with condensed milk or caramel sauce,  classic flan is always an all-time favorite.

Fun fact: Flan is famous for its sweet taste and jiggling texture, but do you know that Flan can also be a savory dish? Since the ancient Romans, savory flan was then known as “Eel flan” and served as a main meal, not for dessert. It included ingredients such as fish, vegetables, spices, and cheeses, and was particularly common on dining tables in Europe during Lent.

Sweet Mexican Corn Cake is always a perfect way to end any Mexican meal, which is moist, sweet, and bursting with corn flavor. Top this popular dessert with cajeta or caramel, ice cream, or powdered sugar, your palate will thank you for this!

Fun fact: Although corn is a staple food around the world, it contains a relatively large amount of carbohydrates. It also includes a lot of starch and may elevate blood sugar levels in people with diabetes. It’s important to eat corn in moderation and as part of a balanced diet as the dessert includes different forms of corn: corn flour, corn meal, and actual corn.

Bunuelos are a popular Mexican dessert that is often served during the holiday season. It is like a cross between a donut and a churro with a crisp texture on the outside and a soft, fluffy texture on the inside.

Especially in Oaxaca, Mexico, Bunuelos are served on New Year’s Eve and people must smash them against the wall or the ground while making a wish for that new year.

Mexican Wedding Cookies are one of the most stunning cookies ever! And contrary to its name, you don’t have to attend a Mexican wedding to enjoy them. These dainty cookies are sweet, tender, and buttery when rolled in a sweet blizzard of snowy white powdered sugar. Every bite is just pure ecstasy!

What is your favorite item so far? Is it the jiggling flan, decadent margarita pie, or the scrumptious sopapillas? Let the fun continue with our choices of the best Japanese desserts to explore this year. 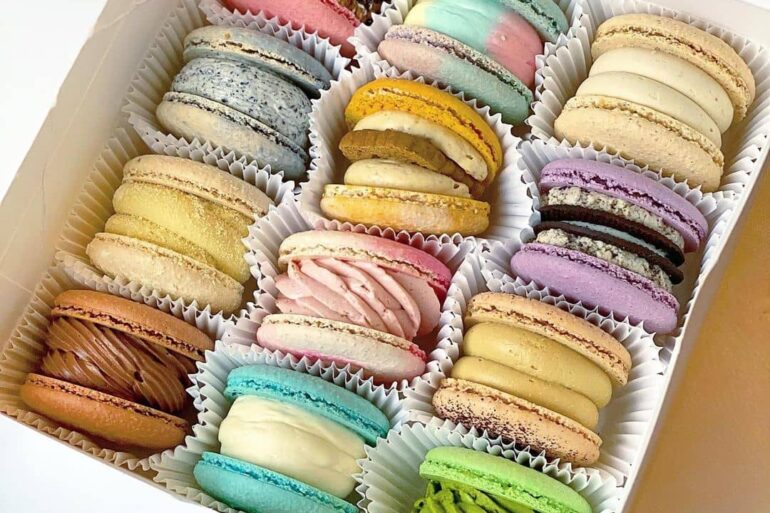