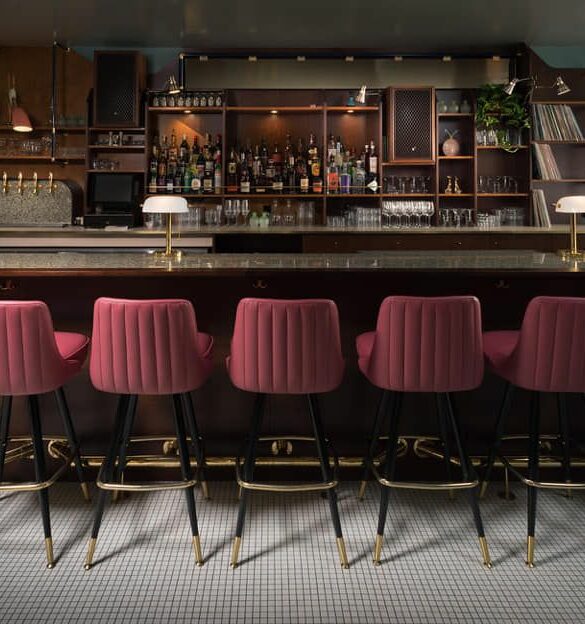 Whenever we Vancouverites talk about Japanese food, ramen and sushi tends to be the first to come to mind. But there’s so much more to Japanese cuisine.

Although Vancouver has access to amazing sushi restaurants wherever you turn, there’s so much more that Japanese cuisine has to offer in Metro Vancouver. From omurice to Italian-Japanese fusion, here are some spots that showcase the large variety of Japanese cuisine that isn’t ramen or sushi.

It’s easy to overlook Marulilu Cafe’s small white facade as you speed along West Broadway or hurry off the Broadway-City Hall Skytrain. All this time you’ve been missing out on some great, affordable Japanese style comfort food.

The Japanese-owned cafe serves all-day breakfast plates and – not surprisingly – their most popular item is the Japanese Style Breakfast. It includes grilled salmon, Japanese omelet, your choice of natto or tofu, nori, and rice and miso soup, all for a reasonable price of $7.99.

Not feeling breakfast? Consider trying their Donburi, Omurice, Okonomiyaki, or Risotto, which are just a few of their offerings. And what’s a cafe without sweets or drinks? Marulilu Cafe has an extensive selection of both, offering crumbles, waffles, cheesecake, teas, and coffees.

Yamato Takahashi, the owner of this unassuming-looking restaurant in Marpole may have originated from Japan, but his training is in French cuisine. Looking over the menu, you can immediately identify the French influence in his Japanese fusion dishes, such as the popular Masago de Creamy Spaghetti (pictured above), a creamy pasta dish with squid, asparagus, roe, and mushroom.

Their other unique Japanese-style dishes include Doria, “A rich, oven-based rice dish mixed with a cream sauce, vegetables and topped with mozzarella cheese”, Chicken Nanban, and Hayashi (Beef Stew) Rice. They even serve their own twists on poutine, opting to top their fries with beef stew (Orangerie Style Poutine) or Curry (Curry Style Poutine).

Named Canada100Best’s No. 10 restaurant in 2018 and receiving a glowing review in the New York Times, this beautiful Italian-Japanese fusion restaurant is not your typical dining experience. This dimly lit restaurant with interior inspired by the 1960’s exudes sophisticated vibes, from the decor to the staff’s careful dress and attentive manner.

Kissa Tanto’s executive Chef Joel Watanabe has French, Italian, and Japanese classic training in dining. This Italian-Japanese restaurant is not the first of his inter-cuisine visions. He is also known for Bao Bei, a Shanghainese-Taiwanese brasserie in Chinatown, which is also a fusion of ideas and cultures because of its modern take on traditional Chinese food with French influences. As a result of his unconventional creations, he has been called a “risk taker” and was named Chef of the Year by Vancouver Magazine in 2017.

You might be wondering how Italian and Japanese cuisine could intertwine at all, but as Kissa Tanto perfectly describes it, “Soul mates are they not, with their mutual love of noodles, rice, and proteins in their pure, delicious, uncooked form?” From the Pizzoccheri (buckwheat & nori pasta) to the Octopus Salad to the Whole Fried Fish, Kissa Tanto sets itself apart from other Japanese restaurants by offering unique, daring dishes. Though not a traditionally Japanese experience, it certainly welcomes a new way of understanding and experiencing Japanese flavours.

If you’re looking for cheap eats and short on time – here’s the stop for you.

Though not a restaurant, Konbinya Japan Centre, makes the list – for good reason. Step into this little shop on Robson Street and you’ll find yourself transported to Japan itself. Konbinya is the mixture of popular and hard-to-find Japanese goodies all in one place.

Japanese snack options are limited in most mainstream grocery stores in Metro Vancouver and specialty items like Calpico and furikake (rice seasoning) can be hard to find. This is why Konbinya, with its wise selection of Japanese goods is such a staple. Inside you’ll find a wall full of Pocky and colourful Japanese snacks, a fridge stocked with bento sets and fresh onigiri, and shelves of flavourful instant noodle and curry mixes. Non-food items include Japanese beauty products like face masks and cleansers and gatcha machines where you can win trinkets.

Don’t forget about Bon Crepe, the Japanese Crepe booth attached to the store, where they serve popular matcha parfait and Japanese-style crepes. Konbinya is an excellent stop for those wishing for a taste of Japan on a budget.

At first glance, Pepper Lunch’s offerings may just seem like some meat on a sizzling hot plate. So what makes them Japanese?

Pepper Lunch serves Teppanyaki, a Japanese style of cooking which uses a hot iron griddle. Their cast-iron plates are heated to 260 degree celsius and will cook your meat from rare to well done at your control. At Pepper Lunch, you cook your meal your way.

Your ingredients, which may include beef, chicken, or salmon, are assembled on a blazing hot teppan plate. No need to compromise on the sear of your steak – you’re the one in charge at Pepper Lunch!

Pepper Lunch is a “DIY fast service concept” chain restaurant which opened its first location in 1994 in Ofuna, Kanagawa, Japan. The franchise has since grown to have over 200 locations including 3 in the Metro Vancouver area, serving up streaks, curry rice, and their signature Pepper Rice.

Don’t let the name fool you – they are open for dinner as well!

Dumplings shine in cultures and cuisines all around the globe from Ukraine China and beyond. They can be big, small, filled or unfilled, sweet, savoury, spicy, or sour - the options are limitless. Here are several Vancouver restaurants you can visit to discover the different varieties of dumplings from around the globe.