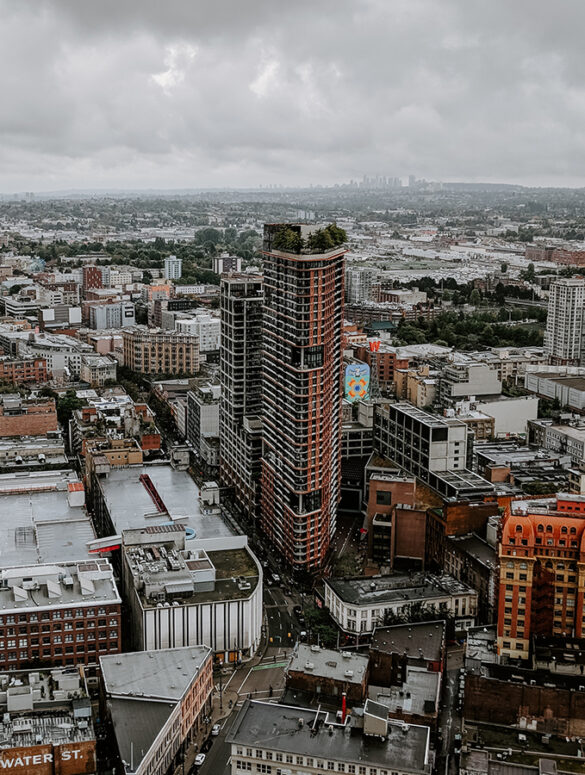 Traveling To Vancouver? How Safe Is Vancouver For Tourists?

As far as safety is concerned in Vancouver, you have nothing to worry about. Vancouver is one of the most peaceful cities in Canada and indeed in the world.

Vancouver is ranked as the most ‘Friendliest City’ in the world by Big7Travel, and here is what they have to say:

“Vancouver takes the top spot, thanks to its extraordinarily friendly residents. The city has an amazing multicultural community who band together to make visitors feel welcome and safe at all times. Locals are quick to offer assistance to tourists, and the community vibe makes socializing in Vancouver simple.”

Is Vancouver Safe To Visit?

Vancouver is just as safe as any big, bustling metropolitan city in the world. Safety at the personal level is extremely high, and major crimes like shooting, murder, or violence are isolated in occurrence and usually related to gangs.

Of course, crimes of minor nature like pickpocketing, car break-ins can commonly occur.

As a traveler, it is recommended that you should be aware of your surroundings while moving around the city.

But of course, that is a general precaution and not necessarily associated with traveling in Vancouver.

And when you talk about female solo travelers, Vancouver is considered perfectly safe.

Apart from some areas like the Downtown Eastside, where you might find rather unpleasant scenes, you are safe everywhere else. You can move around the city without thinking twice.

Citizens are the most friendly and make you feel welcome. You can ask them for any help without hesitation, and prepare to let them surprise you with their courtesy.

If you were to practice extra vigilance, it is advisable to avoid downtown areas and alleys in the night time due to the homeless population and drug addicts.

Not that they will hurt or attack you, but you might find yourself in awkward situations. Best to avoid that!

How Is The Crime Rate In Vancouver?

As discussed before, significant crimes like shooting or mugging seldom happen.

Minor crimes can happen now and then, but they can be avoided if you keep a vigilant eye around you.

Tourists are entirely safe, any major mishap with tourists has never been recorded. Unlike some other countries, you won’t have to be extra careful with getting pick-pocketed or scammed while you’re in Vancouver.

You can travel via transit trains, taxis, or even by foot, and have nothing to worry about. Vancouver is never considered dangerous for intra-city movements.

The problem with people using or dealing drugs is a matter of concern for authorities in Vancouver.

There is a substantial number of homeless people, drug addicts, and mentally ill people, especially in downtown areas.

The good news is they are not considered a threat for tourists as there has never been any incident of a tourist being troubled by those guys.

Another matter of major concern is property crimes. For that, you must stay vigilant and take care of your commodities properly.

Car break-ins are common. Any valuable property that can be seen from the window of your car is at the highest risk of being stolen. Add to that the loss of your car window.

So to tackle this, do not leave your things unattended even if they may not be incredibly valuable for you.

If you park your car in a busy area, the chance of theft will be considerably reduced. But that doesn’t mean it hasn’t happened before.

The same is the case with parking in estates that are dedicated for the purpose and have assigned security personnel as well.

With all the precautionary measures suggested above, you will most likely not face any displeasing situation.

Other than these issues, Vancouver offers an extreme level of protection and safety. There is no greater threat in Vancouver so you are all in all, incredibly safe.

What Are The Bad Parts Of Vancouver?

With all the beautiful scenes, exquisite food, most friendly citizens and fun-filled activities that Vancouver has to offer, there is also a dark side to it.

There are some places in Vancouver which you might want to avoid while venturing around the city.

Downtown Eastside is known for its homeless, drug addicts, and mentally ill residents. Prostitution and open drug use are also common there.

For a tourist, it might be a troublesome sight. Normally, people do not feel comfortable in this neighbourhood.

Having said that, if you have to walk through this area, you do not have to be worried about your safety.

There is very little chance of you being bothered by anyone there. Mostly they would just ask you for change, even if you deny them politely, they will not cause you any trouble.

Although if you are an average tourist, this might not be a place for you to visit. Stay in the more crowded areas of the city like Robson or Yaletown if you are in Downtown.

Another place where you do not want to wander only at night time is Stanley park’s isolated zone. Even Though crimes are rare, they can still happen.

Taking everything into consideration, we can safely say that Vancouver is the perfect city for tourists and residents alike.